This is the diary & short stories of Shalee Lianne Cerra, in the fictitious universe, New Eden, in the game of Eve Online. Come be a part of her world...

"A quick view of the Eve Online forums can always find someone complaining about being suicide ganked, whining about some scam they fell for or other such tears. With the Goons' Ice Interdiction claiming a vast amount of mining ships, there were calls for an "opt out of PvP" option.

Should this happen? Should people be able to opt-out of PvP in Eve Online. Should CONCORD prevent crime rather than just handing out justice after the event? Or do the hi-sec population already have too much protection from the scum and villainy that inhabits the game?"

By their own rules, or lack of, EvE Online allows their members to steal from, destroy, slander, harass, and abuse other members.

It's not merely tolerated, it is celebrated.

On any given day across New Eden's five thousand plus star systems, you will find an array of pilots trolling other pilots in local channels.  You will find fresh-eyed newbies being scammed out of whatever ISK they manage to make for themselves and if they happen to venture too far out, you will find these same new players being blown up over and over and over.

You will also find some random miners being suicide ganked and high sec industrial corps getting wardecced and slaughtered.

EvE is a harsh game.  It is a brutal game.

But in the end, it is a game.  It isn't real and you weren't really there.

At best, you were some smuck sitting at your keyboard pretending to be Lord of the Skies while pressing F1.

I think too many players forget that, that it's just a game.  Games need to make money to survive, to thrive.  Games need to appeal to a wide demographic, not just a sliver of humanity- those who are psychotic, evil, and ruthless.

Because really, why does anyone need to have the ability to kill wtfpwn everyone in the game?

'But Shalee, these noobs need to HTFU!'

Er, why?  Why do they really need to be harassed?  Do you feel better about yourself?  Do you really feel accomplished when you kill a noob pilot? Really?  How does that relate to real life?  'Hey Mom, I just owned some NoobLord and told him I'd stick my dick up his ass and rape him again haha!'  Good boy.

'But Shalee, EvE is dark!  EvE is like reality!"

Uh, no.  EvE isn't reality.  Reality is reality.  EvE is still a game.  And again, games need money.  Where does the money come from?  Ah yes, those bright eyed bushy tailed noobs that everyone is harassing out of game.  Remember that 20% of CCP employees that got fired not too long ago?  Guess who could be paying their salary right now!  Guess what those fired CCP employees could be doing right now!  That's right.  Fixing our game.

Yes, I agree, EVE is a sandbox but that doesn't necessarily have to be it's selling point.  When most people decide to play EVE, I'm sure the majority came to the game to fly spaceships."

I came to EVE cause I wanted to be this: 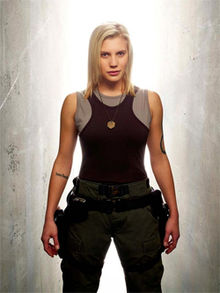 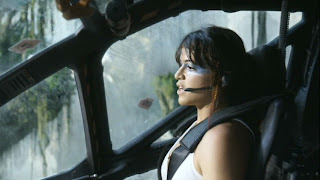 I think it's that simple. I don't think anyone was sitting around one day thinking, 'mmm, I need an mmo that I can lie, harass, and grief newbies."

Don't get me wrong, I love pvp, and I would be utterly bored without it.  It makes the game interesting for me, but I can understand that some people simply don't have the time or desire for it.  Should they be forced into it anyhow?  I don't think so.  I don't really see the point in forcing one style of gameplay onto the entirety of EVE.

Why can't new players and industrials or whoever have their own safe zones.  They can play how they want.  And for those who want to pew pew, go to low or null.

Granted, I don't think there should be a lot of safe zones, but just enough to give new players the chance to actually experience the game and have fun with it before saying 'fuck this game' and heading off to spend their money elsewhere.

Also, I'd rather have the 'carebears' happy.  They stay in the game and give CCP money.  CCP uses that money to make my gaming better.  The carebears then tell their friends, oh come play this game!  We get more people, more money, better game- it's a cycle, see?

Just my two cents.  Flame away.

Journal Post detailing her history before becoming a capsuleer here

Shalee joined Praetorian Imperialis Excubitoris (PIE Inc) straight out of the Naval Academy and served under their colors for nine months as a Lieutenant and Recruitment Officer. She left PIE and joined up with her long time wingman, Aldrith Shutaq as he created Knights of the Merciful Crown.

She parted with Aldrith, forming the corporation, Imperial Outlaws with a few pilots from KOTMC.

Upon closing her Alliance, she joined Imperial Angels briefly, then moved onto Triumvirate, serving in the corporation, No Mercy.

(Obviously, everything is OOC knowledge unless your character was present at the time.)

COPYRIGHT NOTICEEVE Online and the EVE logo are the registered trademarks of CCP hf. All rights are reserved worldwide. All other trademarks are the property of their respective owners. EVE Online, the EVE logo, EVE and all associated logos and designs are the intellectual property of CCP hf. All artwork, screenshots, characters, vehicles, storylines, world facts or other recognizable features of the intellectual property relating to these trademarks are likewise the intellectual property of CCP hf. CCP hf. has granted permission to Living A Lie to use EVE Online and all associated logos and designs for promotional and information purposes on its website but does not endorse, and is not in any way affiliated with, Living A Lie. CCP is in no way responsible for the content on or functioning of this website, nor can it be liable for any damage arising from the use of this website.